Daisy Ridley and Dave Merheje from Sometimes I Think About Dying stopped by the IMDb Studio at the 2023 Sundance Film Festival, where Ridley was asked about returning to the role of Rey and if she’d been a psychologist what would she have told the character to do.

On returning to the role off Rey

I mean, I’m open to a phone call. I’m looking for employment!

If you were a psychologist what would you have told Rey?

Go have a lie down girl, you’ve worked hard, you’ve done your thing, you’ve helped safe humanity. Have a snack, watch some TV, have a chill.

I think the folks at Disney/Lucasfilm have a call to make! 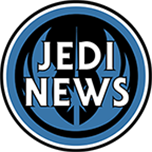 ABOUT US
Jedi News - Broadcasting Star Wars News Across the Galaxy
Contact us: info@jedinews.com
FOLLOW US
Copyright © 1999 - 2023 Jedi News, part of Jump Ahead Media Limited. All content on this web site, is the property of Jedi News or its content suppliers, and is protected by United Kingdom and international copyright laws. Jump Ahead Media Limited is a company registered in England and Wales No: 09789808.